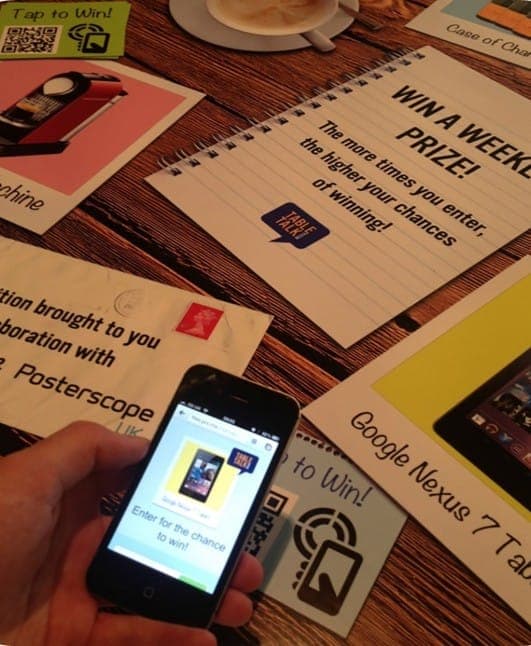 Our first venture into tablewrap with NFC in a live environment happened in July with a competition in-house at Posterscope’s London office run in collaboration with Proxama.  We integrated multiple NFC tap points running alongside QR giving the Posterscope team a chance to win 4 weekly prizes. And boy did the tap dance begin.

Drum roll please… And the results are in! We had a total of 3168 entries across the 4 week period from 48 unique entrants, which means that 85% entered on multiple occasions.  This far exceeded both our and Proxama’s expectations, especially considering it was a competition in a closed environment.

We saw a 98% increase in entries in the second week, a massive 251% in the third week and a 200% increase in the final week. It was interesting to see that 65% of entries were via QR and 35% using NFC, with 53% of handsets used having an Android operating system compared to 27% with Apple iOS, 15% with Windows and 5% with Blackberry.

It’s worth mentioning that as Apple has yet to release its own version of NFC on the iPhone, 27% of entries only had QR available to them. Bring on the day Apple joins the tap dance!  Until next time folks, it’s a wrap…