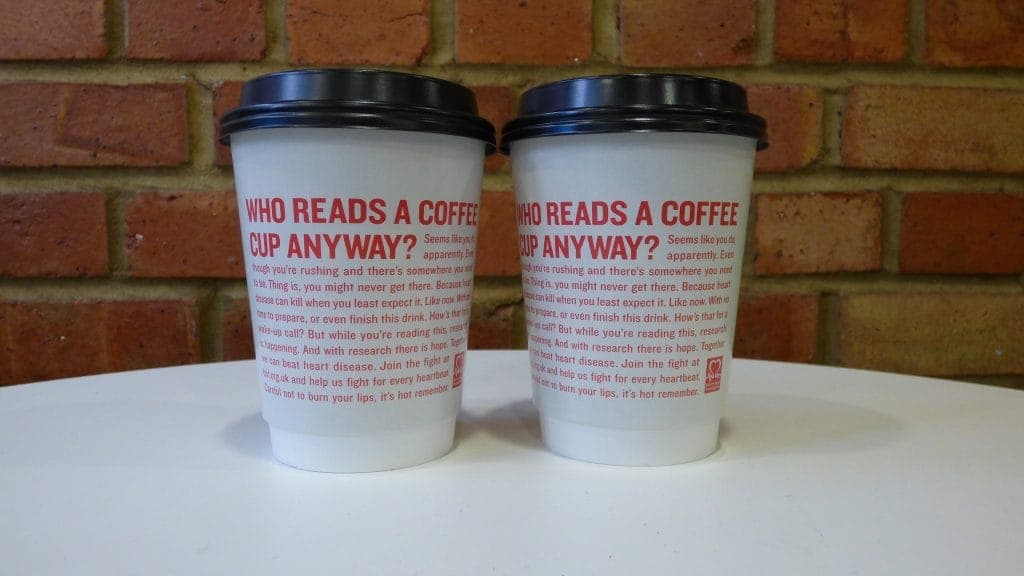 We take a lot of things for granted in life.  Particularly the simplest things.  Like waking up in the morning, throwing on our workwear for the day, racing out the door, some of us heading for the bus, tube or train, others choosing to cycle or walk briskly to the office, many of us grabbing our daily coffee to go at the local cafe on the corner before we sit down and face the humdrum of our everyday business.  It’s an everyday routine we all know well.  A simple process of getting from A to B and something that we do without giving it a second’s thought.

But what if we did stop for a second to think?  What if something happened on our everyday journey that meant we weren’t able to do something as simple as get from A to B?  Life has a funny way of throwing unexpected things into our world.  Sometimes those things can have a devastating effect.  Like heart disease.  It’s the UK’s single biggest killer.  In fact, there are a staggering 7 million people living in the UK with cardiovascular disease.  The British Heart Foundation is on a mission to fight for every heartbeat.

When BHF first began its work in 1961, the odds of survival let alone recovery from a heart attack were really poor.  The British Heart Foundation made its mission fighting for change and pioneering research which paved the way for life-saving treatments.  Thanks to all its hard work to date, now 7 in 10 people survive to return home.  In order to win the fight against heart disease, one of the charity’s primary goals is to raise awareness about the risks and to promote the healthy life choices that can help prevent and manage heart disease.  It’s serious work and a serious message.

Using bold creative, BHF decided to disrupt the everyday coffee routine of commuters in 5 key cities across the UK.  Advertising on branded takeaway Coffee Cups, BHF delivered a bold message designed to snap people out of their daily fugue and force them to consider what an unhealthy routine could have on their heart.  Living in the city often means a highly stressful lifestyle where we burn the candle at both ends, long days in the office followed by long nights of socialising, often meaning bad diets and little exercise with not enough sleep become the name of the game.  A caffeine pick me up is our go-to salvation so BHF’s decision to use Coffee Cups to deliver their message to stressed out city workers is a genius way to break through.

The campaign was planned by PHD and bought by Talon Outdoor.