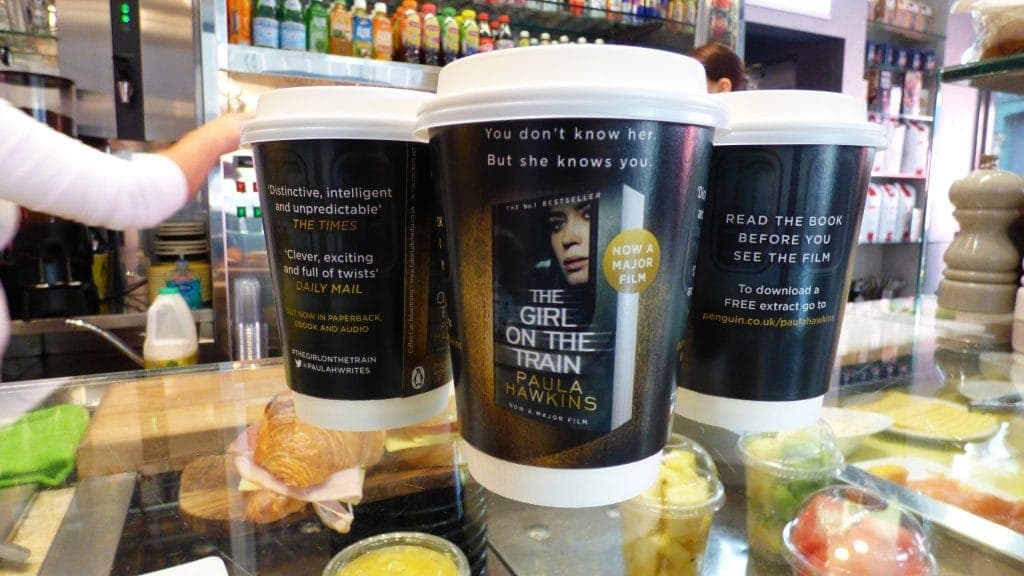 The Girl on the Train is a sensational thriller written by Zimbabwean-born author, Paula Hawkins.  It has it all, murder, intrigue and a unique plot that follows the journey of a troubled woman’s daily commute on a London train, something many of us do every day.  Not only is it relatable, it’s also incredibly feasible which only lends even more gripping suspense as the pieces of the puzzle unfold.  In fact, it’s so good that The Girl on the Train has become one of the best selling titles of all time at Transworld, a Penguin Random House imprint.  And we all know that with a great story usually follows a movie.  Hollywood didn’t take long to turn the book into a film and with Emily Blunt taking the lead, it’s bound to be a massive success at the box office.  The big names don’t stop there either as the likes of Justin Theroux, Laura Prepon and Lisa Kudrow play characters in the film too.

Needless to say, with the film out in cinemas on the 5th of October it made perfect sense for Penguin Random House to invest in some tactical advertising to remind everyone going to see the movie who hasn’t read the book yet to give it a try.  So Transworld are advertising on branded Coffee Cups targeted in Coffee Shops in proximity to Odeon Cinemas across London and major cities in the UK.  With Hollywood blockbusters always delivering phenomenal hype around film releases, the timing is perfect and an opportunity that simply couldn’t be missed.

And Transworld aren’t done yet.  Hot on the heels of The Girl on the Train is another of their titles with a movie release in October where they will be supporting it in much the same way.  So watch this space later in the month!  There is such a natural synergy with coffee and books so it’s fantastic to see the book sector investing so regularly in Coffee Cup campaigns for their authors.