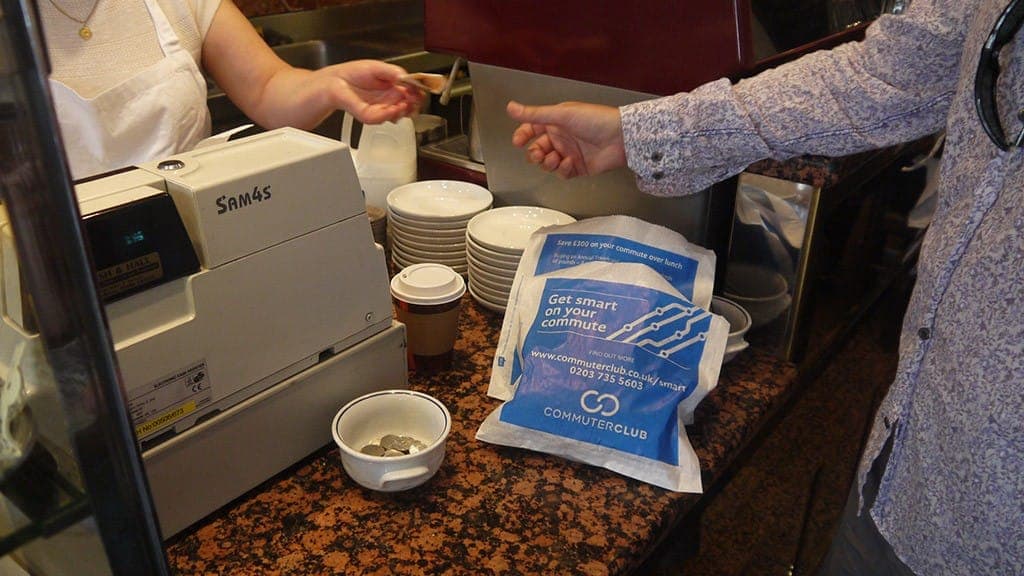 The London Underground dates back to 1863 and is the first metro system ever built.  Since then it has evolved into one of the biggest and busiest commuter networks in the world.  It carries over 3 million passengers every single day, of which over 1 million commute into Central London alone.  This means the tube has to deal with over 400,000 rush hour commuters.

Everyone who has the joy of a London commute will know what I mean by squashed, harried, grumpy, smelly, moody automatons.  To top off the joyful experience, maintaining such an immense network means that paying for the pleasure of your daily commute costs the commuter a fortune.

Commuter Club have set out to ease the pain by offering a simple finance solution – they cover the cost of an annual travel card and let you pay monthly.  It means taking advantage of massive discounts without the hassle of forking out a big lump sum.  No brainer for us grumpy commuter folk!

Commuter Club are using sandwich bags to raise awareness with city office workers in 20 cafés in and around Soho for 2 weeks.