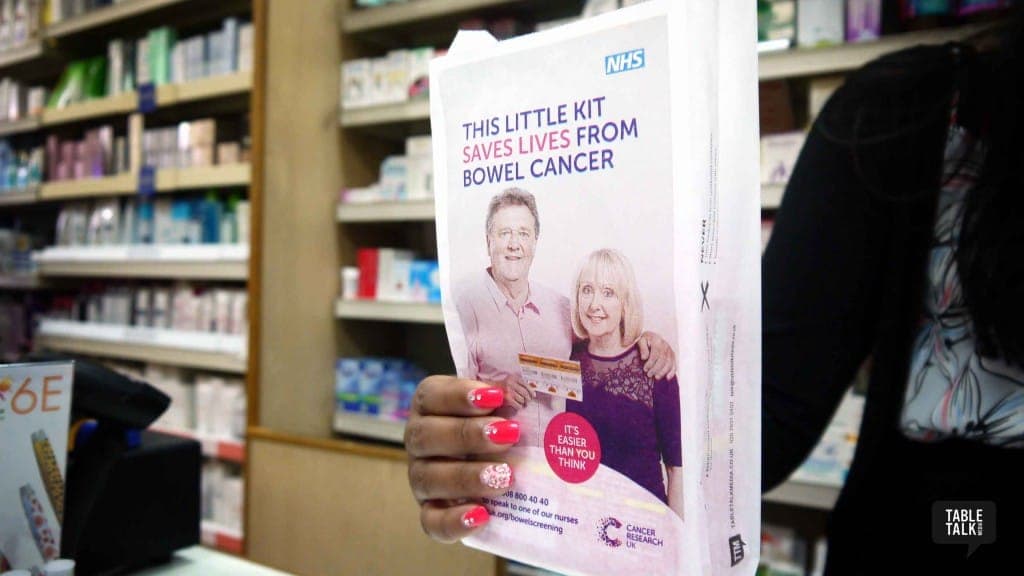 Of all the cancers, bowel cancer is the 4th most common in the UK and more than 80% of cases are diagnosed in people over the age of 60.  The symptoms are fairly common in a number of other diseases which means a trip to the GP is often the best way to determine if there’s anything untoward.

While the NHS invites men and women across England aged 60-69 for bowel screening every 2 years, Cancer Research UK are encouraging the public to get themselves tested as soon as they possibly can and have been running a sustained campaign from March this year using various mechanisms to get the message across.

Pharmacies offer access to a 60+ demographic in a health environment ideal for sensitive messaging and so have naturally formed a part of CRUK’s messaging this year.  In March, they ran a campaign across Wales urging people to order their test kit in the post.   Throughout September, CRUK will be running a second campaign, this time targeted in 633 Pharmacies in the North of England encouraging the public to be proactive and get tested early as it offers the best outcome should a diagnosis occur.

When it comes to cancer survival, England has seen a steady increase since the 90’s but still lags behind other similar countries.  Early detection is a huge factor and the NHS regularly runs awareness campaigns as part of their Be Clear on Cancer initiative alerting the public to look out for key symptoms, an initiative that Cancer Research UK wholeheartedly supports.

The campaign was planned and booked through Mediacom and Kinetic Worldwide.