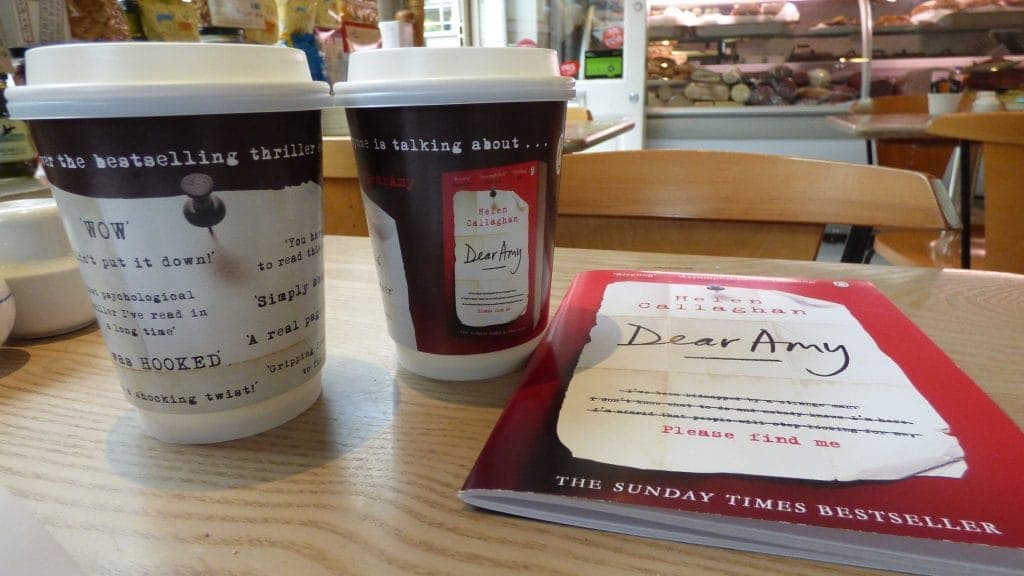 Set in Cambridge, Helen Callaghan’s debut novel packs a particularly pervasive psychological punch.  Margot Lewis is a teacher at an exclusive high school and in her spare time, she writes an advice column for the local paper, “Dear Amy”.  When one of Margot’s teenage students disappears, the whole town is left reeling and the suspense is piqued even more when Margot receives a letter unlike any she has ever received before.  It’s a letter from a girl called Bethan Avery, who it turns out was a young girl abducted twenty years earlier and never found.  The police matched the handwriting in the letter to a sample of Bethan’s handwriting that they had kept on file since she vanished all those years before.  With such a thrilling twist in the tale, the infamous cold case catches the attention of criminologist, Martin Forrester who teams up with Margot to work out whether the two cases are connected.  And before long, it’s Margot who becomes the target.

Sounds like a pretty riveting plot!  No surprise then that Dear Amy is a Sunday Times Bestseller.  And it’s a debut that has received plenty of praise from other crime writers too.  Elizabeth Haynes, bestselling author of Into the Darkest Corner called the book, “accomplished, engaging and utterly thrilling; beautifully written, with a narrator who manages to be both vulnerable and fierce at the same time. I found myself cheering her on at every gut-wrenching turn. The breathtaking finale is the most exciting and terrifying thing I have read in a very long time”.

With the phenomenal success of the hardback released in June last year, Penguin decided to support the paperback release with Coffee Shop advertising.  The campaign consists of branded Takeaway Coffee Cups and chapter samplers on the counter at point of sale, as well as copies of the books on shelves in-store for customers to pick up to have a read whilst they have a coffee or take home to read in their own time.  It’s the perfect way to deliver content like this as consumers are naturally taking time out from their busy day for a coffee and a bit of indulgent ‘me’ time.  Coffee breaks are renowned as our daily escapism, a moment where we allow ourselves to be transported into a suspended reality, putting all of life’s tasks and toils on hold, even if it’s just for the time it takes to finish our takeaway coffee.  And to make the campaign just that much more targeted and telling, Penguin are also advertising only in Coffee Shops in Cambridge to tie in with where the book is set.  Pretty spectacular tactical media.