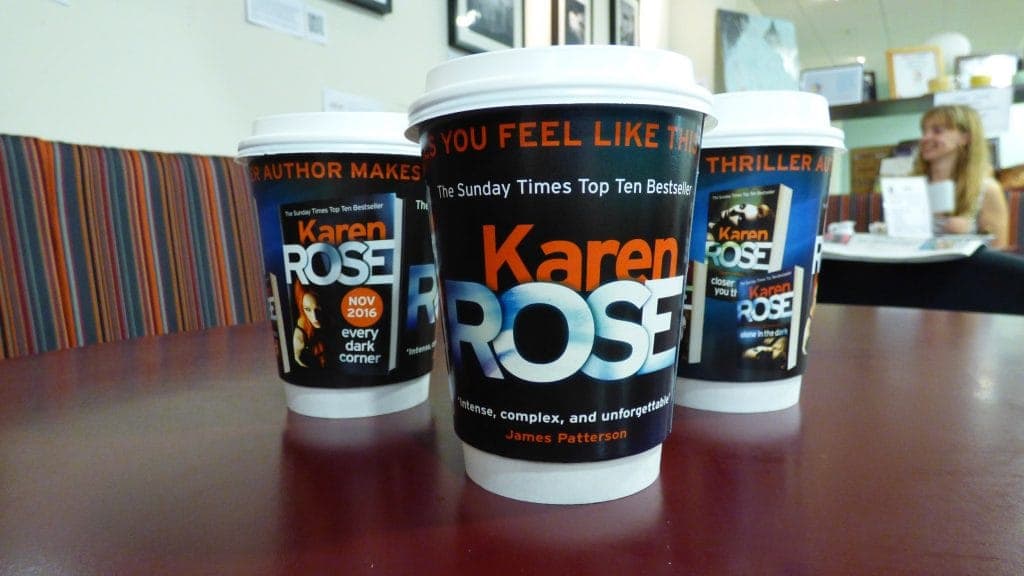 In July every year, Harrogate plays host to festival that celebrates all the wonders of the literary crime genre.  It’s a weekend where publishers, writers, readers and literary crime enthusiasts all head to beautiful Harrogate to take part in a multitude of creative, inspiring, social fanfare.  Anyone who braves it can expect intense debates, special guest contributions and fiery passions set alight with exchanges lasting long into the night.  As every good crime book should do too of course!

To capitalise on the fact that Harrogate will be inundated with book fans over the festival, Headline are dominating the Harrogate Coffee Shop scene by advertising on branded Coffee Cups to support Karen Rose and her top ten bestseller crime series.  It also hints at the fact there will be a new title in the series out in November 2016.  Who knows what might be lurking around Every Dark Corner.

It’s a great example of the synergy between coffee and books, but more importantly leveraging that synergy and enhancing it through a locally targeted campaign running alongside a relevant event.