The National Lottery ‘Who Wins if You Win?’ in Coffee Shops 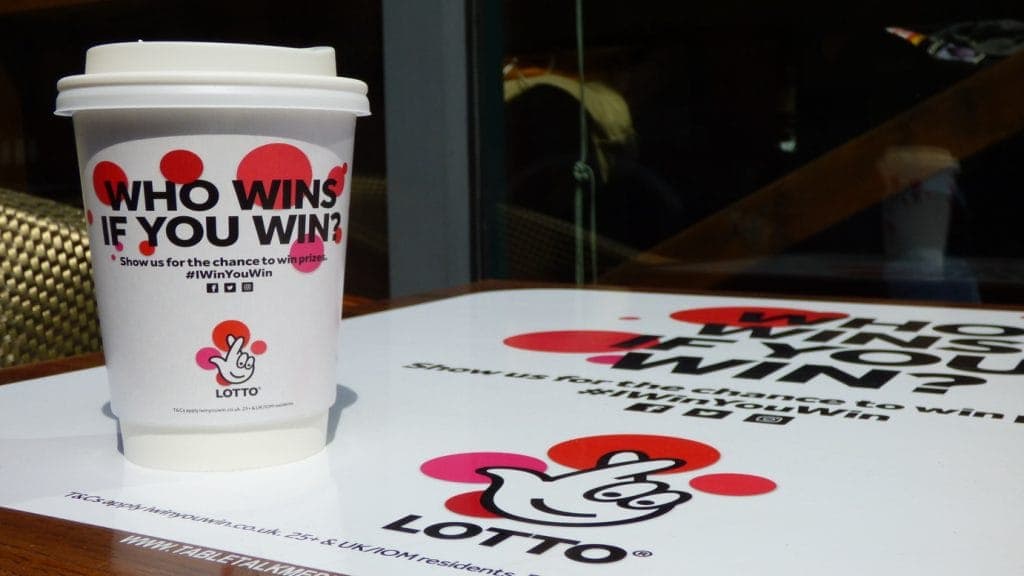 One of the nation’s most celebrated traditions, Lotto plays an important role in the everyday lives of Britons across the country.  Not only does playing The National Lottery add a little excitement to the daily humdrum, it literally makes dreams come true and changes lives for the better every Wednesday and Saturday.  Best of all, absolutely anyone can win and let’s face it, everyone wishes they could wake up a millionaire.

As part of their latest campaign to inspire public sentiment, Camelot have launched an initiative called ‘Who Wins if You Win?’ which spans radio, social media and out of home.  Where the previous campaign featured a number of contentious celebrities in absurd situations, this year’s campaign has focused on human interest with vox pops of everyday people across the country talking about their Lotto dreams and what they would do if they won.  The wider activity also features real winners and their reactions to winning over the phone.

Camelot are hoping that this campaign will leverage an emotional connection centred on that millionaire moment, as well as demonstrate the huge variety of prizes won through The National Lottery and the pivotal role played in the wider contributions to good causes.  With more than £30 million raised every week, Camelot awards over £8 million in weekly prizes with the rest supporting a staggering 510,000 incredible projects, big and small, from the Scouts to the Olympics.  So if I Win You Win and so do a multitude of fantastic projects across the UK.  It really is a win win for everyone.

To raise awareness with the general public and inspire more and more people to play, Camelot have invested in a Coffee Shop advertising campaign for Lotto using a combination of branded Tablewraps and Coffee Cups.  It’s a clever tactical marketing initiative when you consider that coffee is an integral part of our everyday journey.  We’re naturally enjoying everyday things whilst we’re having our daily coffee, so delivering a message about playing Lotto in an everyday environment like this makes perfect sense.  Not to mention the fact that consumers generally have time to spare to visit Lotto online to grab a ticket for the next draw.