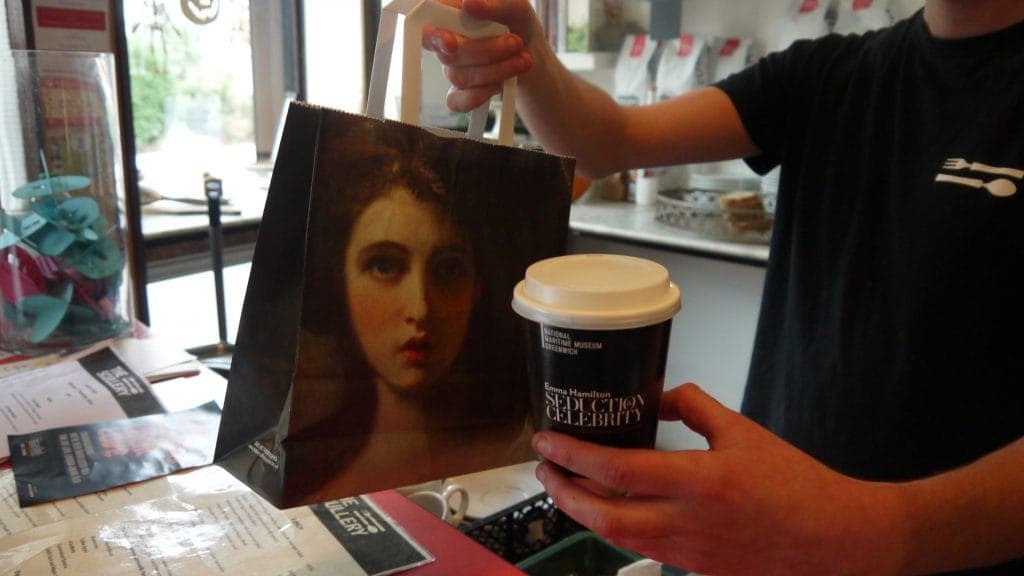 We humans are nosy by nature.  Whether it’s a good gossip about the neighbours or a juicy scandal about a celebrity affair, we all love to get stuck into the nitty gritty detail.  We need look no further than the recent atomic collapse of Brangelina’s marriage to know how such a story can make headline news.  It’s interesting to note that times haven’t changed much either.  If we cast our minds back to the 18th century in the years before Lord Nelson’s fleet defeated the Franco-Spanish naval force at the Battle of Trafalgar, we soon discover a celebrity affair so scandalous that it’s still talked about today!

In fact, the affair concerns Lord Nelson himself.  The lady at the centre of the scandal is none other than Emma Hamilton.  And what a fascinating story it is.  Emma, Lady Hamilton led an extraordinary life filled with a multitude of men.  Details of her early life are unclear, but she seems to have begun working as a maid aged 12 and at just 15 became mistress to a wealthy aristocrat, Sir Harry Featherstonhaugh who had hired her initially as a hostess and entertainer at his country estate.  It was during this time that she met the Honourable Charles Francis Greville, second son of the Earl of Warwick.  Having fallen pregnant with Featherstonhaugh’s unwanted child, Emma soon realised that she was no longer in his favour and when the child was born gave it up to be raised by another couple.  She then swiftly moved on to Greville.

Greville was madly in love with Emma and had insisted she change her name to ‘Emma Hart’ which she obliged.  He then sent her to sit for his friend, the painter George Romney.  Emma became Romney’s muse and lifelong obsession.  In fact, she was the subject of many of his most famous paintings.  Through Romney, Emma became particularly well known in high society.  Greville didn’t much like being known as Emma’s lover and in time decided he wanted a rich wife to replenish his coffers.  He convinced his uncle, Sir William Hamilton who was British Envoy to Naples to take Emma off his hands and knowing Emma’s reputation for beauty he readily agreed.  Under the guise of a holiday to Naples while Greville was on business in Scotland, Emma was sent to Naples having no idea what was in store on her arrival.  Furious at first, once Emma realised that Greville was never coming back for her, she began an affair with Sir William who was twice her age and later married him.  Obliged to use her birth name of Amy Lyons on the marriage register, the wedding gave Emma the title Lady Hamilton which she would use for the rest of her life.

As wife of the British Envoy to Naples, Emma welcomed Nelson in 1793 when he came to gather reinforcements against the French.  By then Nelson had lost an arm and most of his teeth but Emma reportedly flung herself at him and proceeded to faint in utter admiration.  She nursed Nelson under her husband’s roof and threw a massive party for his 40th birthday.  They soon fell in love and their relationship was tolerated and perhaps even encouraged by the ailing Sir William.  Emma Hamilton and Horatio Nelson were perhaps two of the most famous Britons of their time and certainly provided a scandalous affair with a story that has been told through the test of time ad infinitum.  Emma had by then become a close friend of Queen Maria Carolina and wielded powerful political influence.  Not bad for a lass who started her career as a maid!

But that’s not where the scandal ends either.  After Nelson’s death at the Battle of Trafalgar in 1805, he had willed his estate to his brother but had left Merton Place to Emma and instructed the British government to provide for Emma and their daughter Horatia, instructions they firmly ignored.  Emma soon spent the small pension Sir William had left her and in trying to keep Merton Place as a monument to Nelson ended up in enormous debt.  Emma and Horatia then spent a year in a virtual debtor’s prison before fleeing to France to escape her creditors.  Emma turned to drink and lived in poverty for the rest of her years before dying from amoebic dysentery in Calais.  Horatia went on to marry the Reverend Philip Ward and had 10 children, but never publicly acknowledged that she was the daughter of Emma Hamilton.

It’s such a fascinating story that The National Maritime Museum has curated an exhibition entitled Emma Hamilton: Seduction and Celebrity which opens to the public on 3rd November.  To promote the event to locals and tourists in the Greenwich and Blackheath area, Royal Museums Greenwich has invested in branded Takeaway Coffee Cups and Deli Bags.  Considering we often gossip with friends over a coffee or lunch, it’s the perfect tactical advertising combination to get the message directly into the hands of the local community whilst they have the time to chat and make plans about a visit to the museum.  With such an extraordinary woman and such a multitude of scandalous affairs, it’s an exhibition not to be missed!