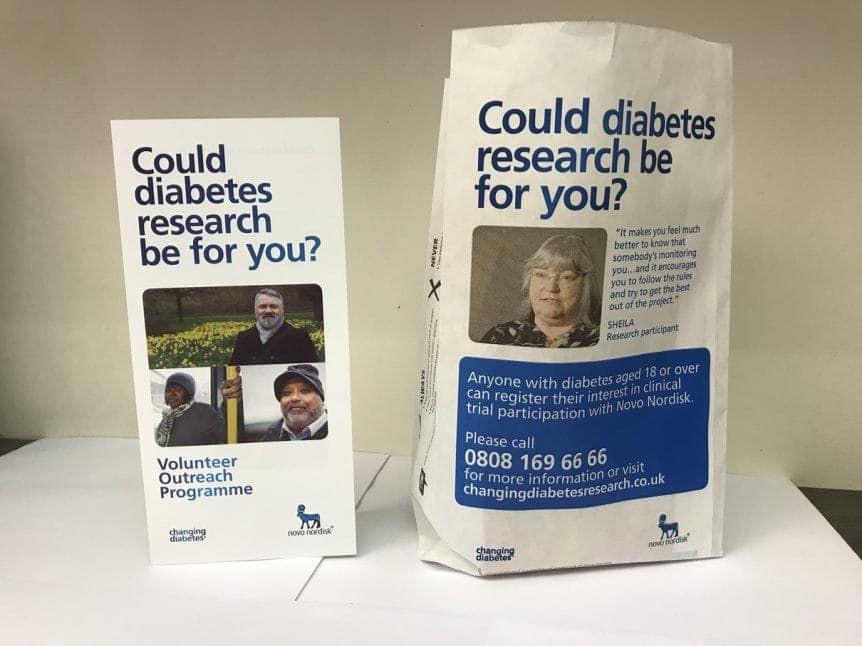 Medical research is one of the most awe-inspiring achievements of humankind.  Each and every year there are breakthroughs in science that literally change people’s lives for the better.  We just have to look at diseases like cancer and HIV and the leaps and bounds that have been made in the last decade to realise just how profound an impact medical research has on bettering the lives of people the world over.  What many of us don’t realise is that before an innovation in medical science can be hailed a breakthrough, it goes through years and years of rigorous clinical testing, a process which is strictly monitored by global health authorities and is entirely reliant on the participation of patients in clinical trials.

One of the companies committed to defeating disease by improving treatment and raising awareness to encourage early detection is Novo Nordisk.  A global organisation with over 90 years of innovation and leadership in the diabetes care, Novo Nordisk supply nearly half the world’s insulin – that’s a staggering 28 million people whose lives are influenced by this company’s commitment to defeating diabetes.  Clinical research plays an invaluable role in the development and improvement of treatments for diabetes which is why Novo Nordisk developed a Volunteer Outreach Programme in the UK.  This means that diabetes sufferers can register their interest in taking part in a clinical trial and they are then matched with NHS researchers who carry out the clinical trials sponsored by Novo Nordisk based on their diabetes type, treatment and location.  This happens only after following a full discussion with the clinical trial doctor and nurse as part of an NHS Health Research Authority approved process.

There are plenty of reasons why patients might volunteer for a clinical trial, often it’s driven by an innate altruism to help others in finding a more effective treatment, or by a need to understand their own disease more fully and learn how to manage it better.  Either way, their participation is fundamental to the continued ability of medical science to innovate and achieve the breakthroughs that change lives for the better long into the future.  Novo Nordisk has an excellent reputation with clinical trials.  In fact, the 2017 CenterWatch Global Investigative Site Survey which asks principal investigators and study coordinators to rate the sponsors they have worked with over the last two years on 40 project attributes, including patient-centric protocol design and risk-based monitoring, ranked Novo Nordisk top of the league.

To raise awareness of their Volunteer Outreach Programme with diabetes sufferers in the UK, Novo Nordisk has invested in a Pharmacy Bag advertising campaign in conjunction with branded leaflets.  The branded pharmacy bags and leaflets have been distributed in independent pharmacies in key target locations nationwide.  To further segment the targeting and ensure that only a relevant audience is impacted, namely diabetes sufferers, only patients picking up their diabetes medication will be handed the Novo Nordisk branded material with details about how they can become involved in a clinical trial related to their diabetes.  This is a fantastic form of tactical advertising raising awareness with diabetes sufferers in a relevant and resonant way when their minds are naturally on their health and open to advice.  As the bags are handed directly to patients by the pharmacist, it’s also an opportunity to prompt patients to raise any questions they might have about their treatment and taking part in a clinical trial with the pharmacist, someone they naturally trust and respect.

The campaign will run over a 6 month period to ensure that each diabetes patient is hit with the Novo Nordisk message 3 times on average based on the average number of diabetes patients per pharmacy and the number of times they are likely to collect their diabetes prescription.  It’s a fantastic example of the versatility of our pharmacy campaigns and how activity can be tailored to suit a particular need or niche target audience.