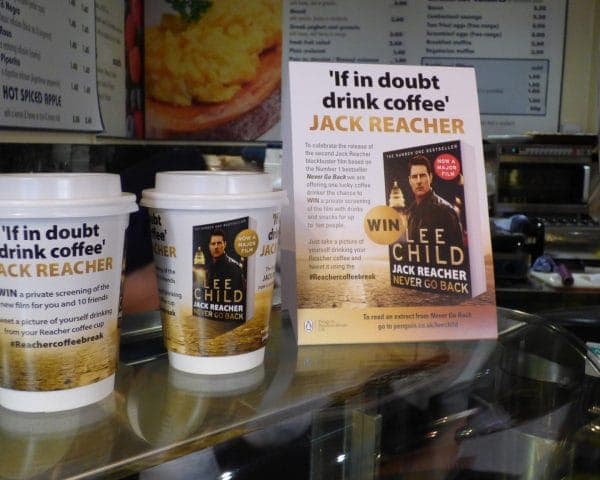 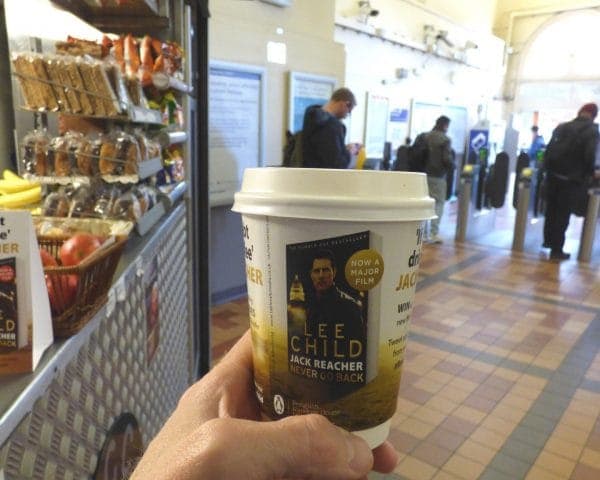 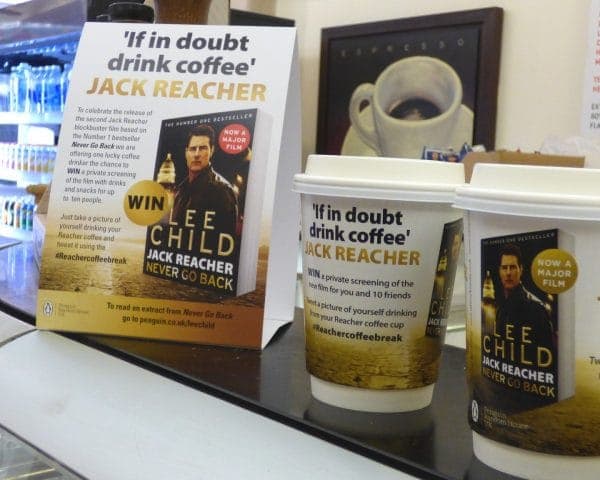 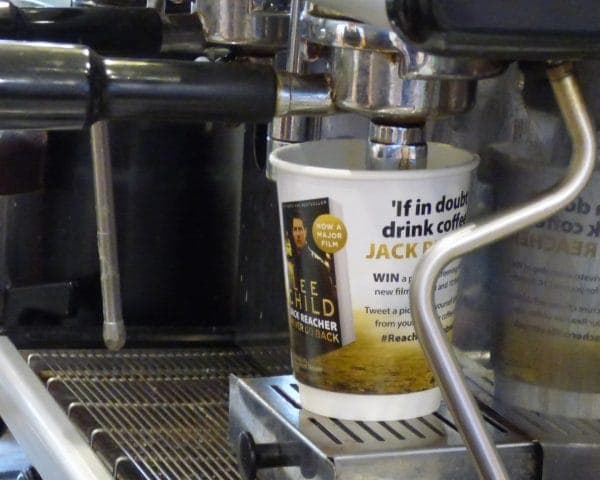 Lee Child’s Jack Reacher series is so popular that Hollywood has bought the movie rights with the second film out in October 2016 based on the title, Never Go Back.  Jack Reacher’s character is a hard-nosed ex-Army investigator who drifts in and out of towns across the US inevitably finding himself in the midst of trouble.  He is also addicted to coffee.  So in true Penguin Random House style, Transworld Books invested in a Coffee Cup campaign advertising the latest in Lee Child’s series of Jack Reacher thrillers to coincide with the film release reminding fans both old and new that there is a whole series of books to get even more of a Jack Reacher fix.  They even included Standees on the counter at point of sale encouraging fans to post a pic with their Jack Reacher branded coffee cups on social media to be in with a chance to win a private screening of the movie with ten friends.

You can read more about the campaign in our blog.

And you can find out about Coffee Shop advertising here.