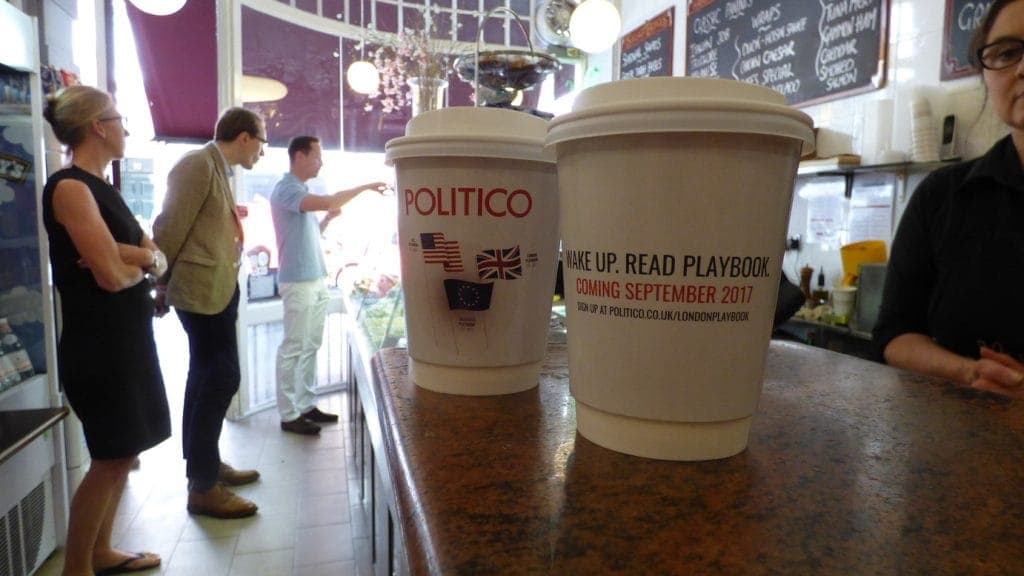 With politics at the forefront of the British agenda ever since the popular vote initiated Britain’s shock exit from the EU, it’s no surprise that the current government is keeping a tight lid on news as Brexit unfolds.

Politico (a news organisation headquartered in Brussels) has invested in a Coffee Cup advertising campaign specifically targeting Coffee Shops and Cafes in Westminster and London’s financial district in a bid to encourage those interested in the full story to source their news online at politico.eu.

It’s a fantastic tactical marketing campaign as many of us naturally catch up on the news whilst we have our coffee, whether it’s on our commute, on the way to the office or on our morning coffee break during a busy working day.  To advertise on branded coffee cups gives Politico an opportunity to immediately prompt consumers online to read the latest news on Brexit at a relevant and resonant moment during the everyday journey.