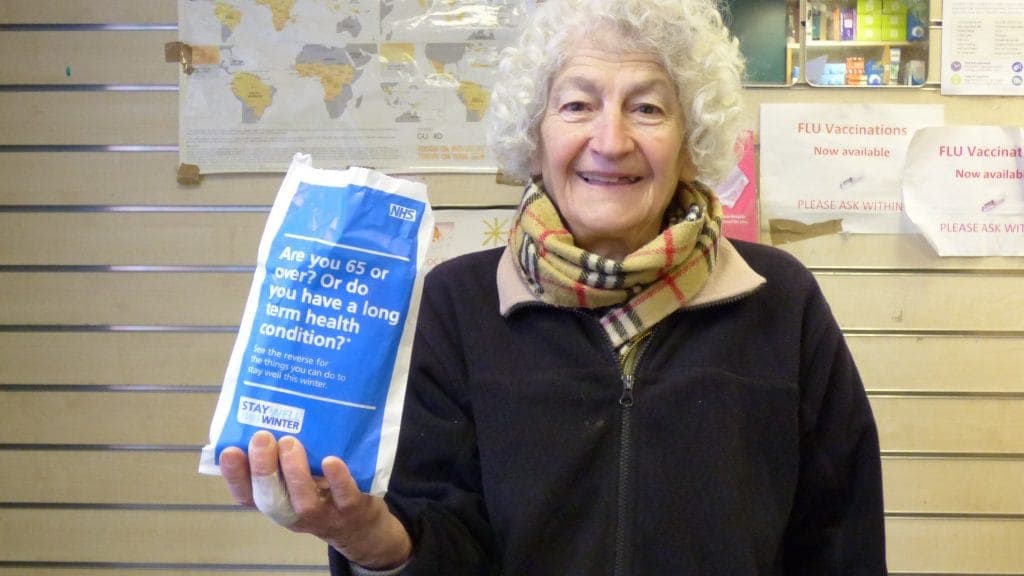 Having enjoyed a fairly mild run up to the winter months, many of us will have been caught by surprise when the arctic winds decided to make an appearance this week.  And while the sudden change in weather may come as a surprise we quickly adapt to, there is a percentage of the population that don’t find it quite so simple.

As we age our bodies go through a multitude of changes.  If we’re lucky it’s just a case of general wear and tear, but often we pick up underlying conditions along the way that cold weather can wreak havoc with.  There are those who suffer with arthritis and find movement really difficult on any normal day, but on an icy cold day are in so much pain that any movement at all is nigh on impossible and the associated pain excruciating.  Then there are others who suffer with heart and lung conditions that make breathing problematic.  With an icy day the air is so thin even the healthiest of us struggle to breathe properly so you can only imagine the impact it has on those who aren’t so lucky.

Public Health England understands that people with underlying long-term conditions are often difficult to reach with traditional media, but as they rely so heavily on prescription medication it means that local Pharmacies are one of the few places they frequent from day to day.  So using branded Pharmacy Bags to generate awareness about Winter Wellness is an essential part of the PHE winter strategy.  The Pharmacy Bags are handed directly to consumers by the pharmacist which is proven to act as a prompt for concerned customers to raise concerns about their health and ask the pharmacist for advice.  Plus 60% of the bags are taken home where the medication is often kept in the bag and reused time and again, ensuring that there are multiple exposures to the message in an environment where this often access to the internet and a wealth of related information from PHE on how to prepare for the harsh winter months.

Some of PHE’s suggestions to the over 65’s include making sure that they protect themselves with a flu jab, ensuring that the ambient temperature at home is at least 18 degrees, as well as filling all prescriptions before the Christmas holidays start.  There is also neighbourly advice asking everyone to look out for those in need over the winter in case they need extra help.  While this might all seem common sense, it’s really important advice and paramount that it gets into the right hands as early as possible to help more people survive the harsh winter months.  Advertising on Pharmacy Bags is a highly cost effective way to achieve mass impact, but more importantly than that the message is reinforced through the delivery into the hands of the people most in need by a pharmacist.  When you consider that pharmacists are known to be some of the most trusted health professionals in the industry, you soon realise how relevant and resonant this type of tactical health campaign can be.