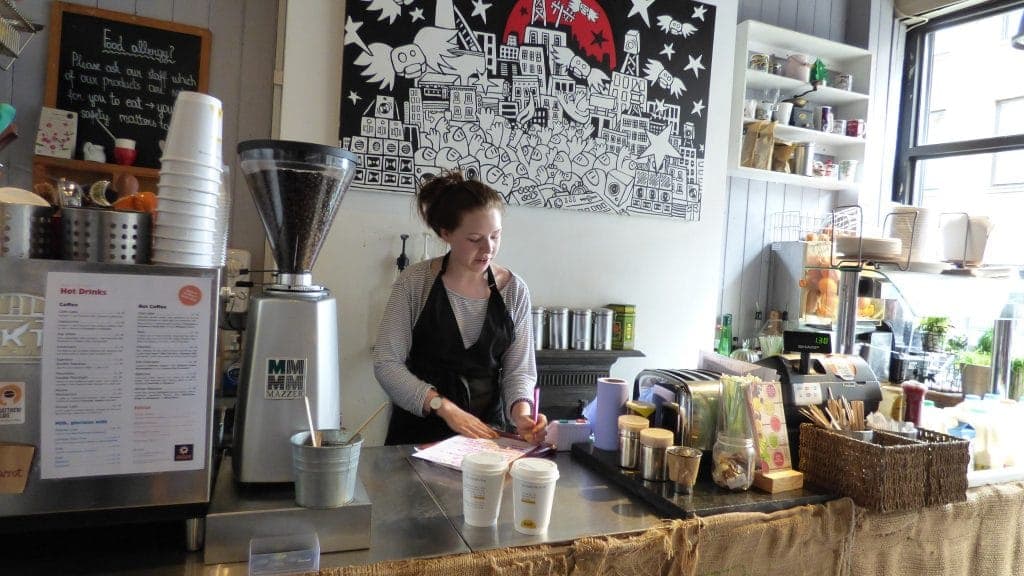 Our society is made up of people from all walks of life.  Our cultures and subcultures are shaped by a multitude of things, from attitude to aptitude and everything in between.  We buy into a certain way of being, a certain belief system first and foremost because it resonates fundamentally with who we believe ourselves to be.  And in joining ranks with others who are similar in their worldly outlook, soon that pack of like minds becomes an incredibly influential force.  The pride we feel to be part of the pack shines through in how we speak, how we dress, how we act and where we hang out.

With coffee being such a global commodity, it makes sense that different cultures and subcultures within society will see its role differently.  Coffee first came to life in Africa where it was traded with Arab travellers who enlightened the rest of the world with its rich aroma and exotic flavour.  Coffee has been the liquid force behind a transcendent and cosmopolitan meeting of minds the world over ever since.  We all might drink it differently, but ultimately its purpose for us all has remained the same.

In the UK, consumers simply can’t get enough and the coffee industry has skyrocketed as a result.  The standard coffee houses of the past have made way for a diverse array of enterprises and spaces designed to cater to a range of discerning tastes.  There are Turkish cafes serving coffee that speaks to a cultural preference, there are coffee shops and cafes in the city that cater to office types, tourists and students.  There are those in the suburbs that cater to families and retirees.  The sky really is the limit.

But perhaps the most noticeable of all, particularly in London are the ultra cool independent artisan cafes that are popping up on every corner of the city, responding to a cultural revolution, the hipster entrepreneur flouting society’s restrictive rules for how to go about living our lives, or indeed how to go about business.  Hip and happening, the cool place to be, these cafes have got independent and artisan running through their veins.  They flout the big corporates and are all about promoting anything left of centre.  They’re about creatives, music, the art scene, anything that speaks to the anarchist in their soul.  They are our millennials, the buzz word of recent years, a notoriously elusive group to advertise to effectively.

Millennials know what they want, they are incredibly astute and discerning, they lean heavily on their peers for advice and they are hot on the latest trends, but only if their friends are into them too.  Advertisers can’t speak to them in the same language as consumers of old.  They expect innovation.  They demand respect.  And they have no patience for prattle that doesn’t resonate with their cultural core.  If they’re going to wear it, watch it, listen to it, read it, talk about it or buy it, it has to be cool.

Tabletalk has curated a pack of artisan cafes across London that allows only the coolest brands to tap into this influential audience, aptly named our Influencer Pack.  What better way to make an impact than to own the messaging placed right at the heart of this hip and happening millennial audience’s habitual meeting place?

Get in touch for more info on the cafes, formats and pricing.