THERE’S NO SMOKE WITHOUT FIRE… 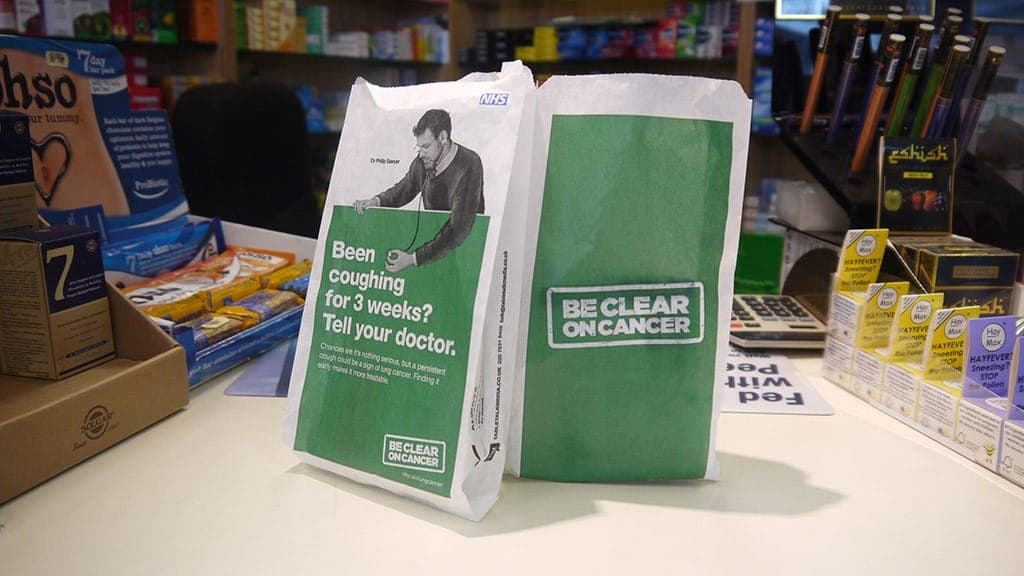 It’s a well-known fact that smoking in the UK puts an immense amount of pressure on the NHS due to the health problems linked with smoking and exposure to second-hand smoke. Did you know that lung cancer is the most common cancer worldwide and the second most common cancer in the UK? The lifetime risk of developing lung cancer is 1 in 14 for men and 1 in 18 for women. It’s also directly linked to age with nearly three quarters of all new cases diagnosed in people aged 65+.

The Department of Health regularly uses our pharmacy network to run heavyweight awareness campaigns aimed at reaching the at-risk over 65 demographic with messages about health in a sensitive, yet impactful way. Replicating last year’s activity, the DOH campaign is running across 2,225 pharmacies in July in England only, reaching almost 6.5m people.

This campaign was booked through M4C.