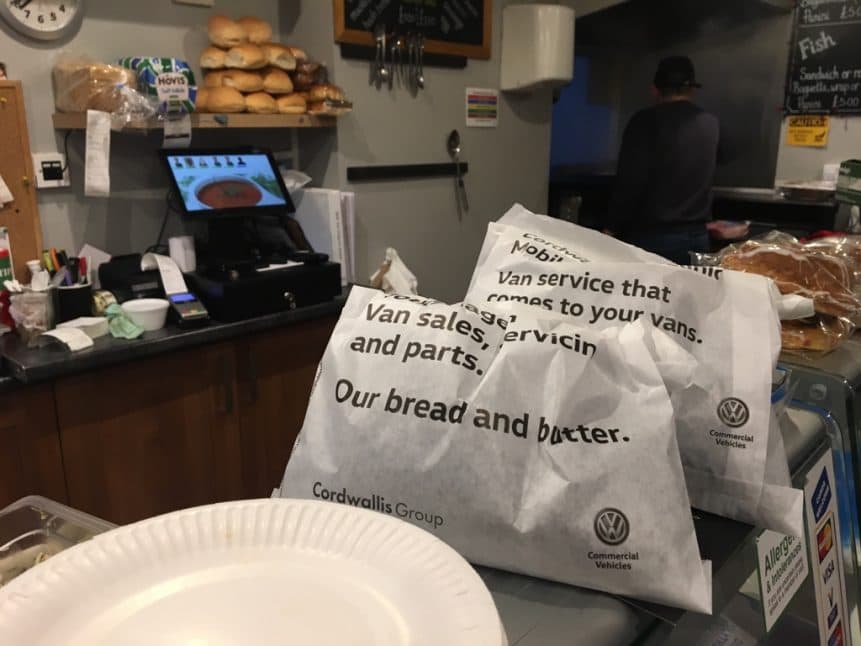 Online shopping and ever-shrinking delivery windows means that there are more vans on the road in the UK than ever before. 1 in every 10 new vehicles registered at the DVLA is a van and vans now account for a fifth of all traffic on urban streets and motorways (according to The Guardian). In 2015, a random calculation estimated that the total distance covered annually by van drivers was a staggering 46.9bn miles. That would take you to Pluto and back a few times over!

With demand growing at an exponential rate, it’s no surprise that van manufacturers like VW Vans are investing in creative advertising tactics to lure interest from van drivers of all kinds who might be in need of a new vehicle. With so much noise on the UK’s roads from a traditional advertising sense and the cost of big format campaigns, it can be tricky for brands to generate cut through and be astute with the marketing spend.

Something van drivers definitely can’t live without is their daily grub. Greasy Spoon Cafes open early and serve hot food all day, including the nation’s favourite takeaway breakfast – the bacon butty. So what better innovation than a branded bacon butty bag delivered directly into the hands of hungry van drivers offering dwell time of over 10 mins.

Tabletalk’s network of cafes extends nationwide with the ability to target campaigns locally (by postcode if necessary), regionally or nationally. The branded butty bags are often left on the dashboard in the van where they act as a constant reminder of the VW message, often reinforcing any additional roadside or radio activity to drive the message home.